Towards the end of last summer, I returned to my home on the Big Island of Hawaii for a visit.  My family and I decided to hike to the Kalapana lava flow.  Generally, Kīlauea has been erupting since 1983.  However, until 2016, the lava flow had not been reaching the ocean for about 3 years or so.

Make no mistake, viewing lava or the volcano is an exciting thing.  However, it’s best to do your research and be safe.  For starters, the U.S. Geological Survey does a daily status update on everything related to Kīlauea.  I spent a few days monitoring the site to be sure I understood what was going on.  Second, I talked to my friends and family that had visited recently to find out about the conditions and get some tips for viewing.  Finally, after gathering information, I made a decision about whether everyone in our group was capable of making the 9-mile hike, taking into account weather and geography. 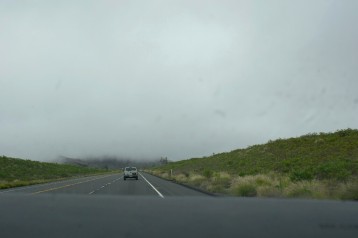 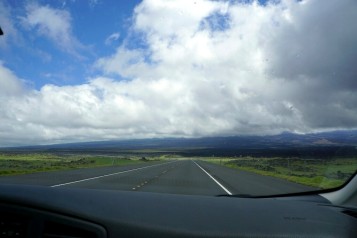 On the day of our hike, I was on the other side of the island in Kailua-Kona.  We began our drive around mid-afternoon because our goal was to get there are night.  Family rides (5 people) in a mini-van are fun right?  I love my family.  AND, I was tired of hearing complaining about driving, temperature, hunger, etc.  Luckily, a scenic ride over Saddle Road put me in a better mood.  Also, lots of people fell asleep.  That always helps.  The puffy white clouds were a welcome sight since I was coming from a hot, muggy place that day.  As we went higher in elevation, we hit some fog.  What I always loved about Saddle Road is the change in scenery.  One minute, the grass is brown, the next a luscious green.  Sometimes you’ll see goats on the hardened lava.  Then you’ll see full, green trees.  The variety is striking!

When we emerged on the other side of Saddle Road, we were greeted by vivid greenery.  We were in Hilo.  After a quick stop for a bite to eat, we headed for the second part of our drive to Kalapana. 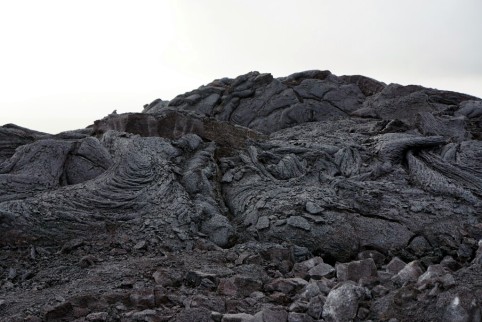 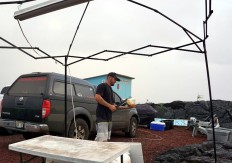 One of the residents selling us coconuts 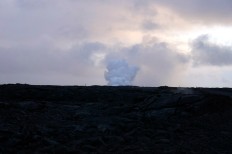 Smoke from where the lava hits the ocean 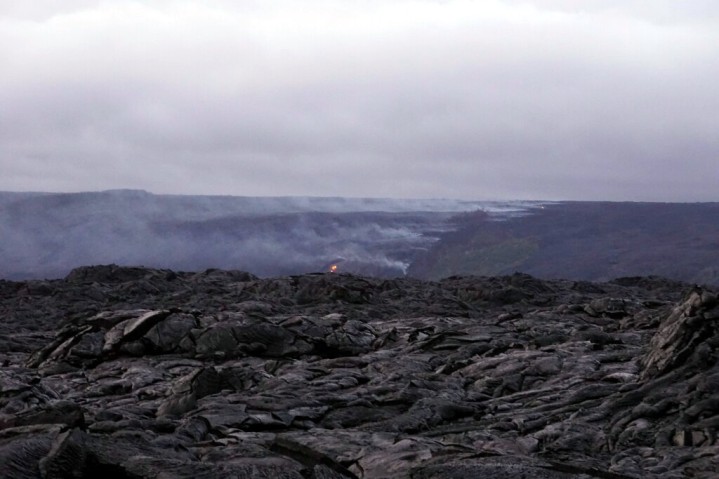 Lava flowing downhill to the ocean

When driving to the lava flow, follow the signs to Kalapana.  Then, the road just ends and you’re there.  When we arrived around 5pm, the gravelly “parking lot” was almost full and we got a space near the end.  We gathered our supplies and prepared to go on the hike.  At the entrance, there were a number of vendors renting bikes and selling souvenirs.  We were really lucky to be there on a slightly overcast, rainy day.  The hike is about 4.5 miles each way on an unimproved “road,” also known as “rocks.”  We were following the path to see where the lava was entering the ocean.  As dusk fell upon us, I saw the fiery, red stream of lava coming down the mountain.  I saw a huge puff of white smoke where the lava was crashing into the waves.  I saw miles, and miles of hardened lava rock.  We all started with a lot of energy that would be drained down by the end of the hike.  About 2-3 miles into the hike, a number of residents were selling drinks.  We decided on fresh coconuts from a man who lived in a tiny house a short distance away.

“Almost there” became a mantra for us.  We reached our destination when it was dark.  At that point, we deviated from the road and walked on sharp, uneven, and potentially hurtful a’a’ lava.  Unlike smooth pahoehoe lava, a’a’ can cause a lot of damage.  My legs were jelly, it was dark, and I couldn’t see my child who was with my dad.  I was having a mini-panic attack, particularly because we were close the flow and all I could think of was: 1) someone, probably me, falling and getting cut up by the rocks; or 2) the shelf collapsing as we all fell to our death in a manner similar to a scene from the movie Volcano.  At the same time, I realized that this was one of the most bad ass things I had ever seen.  I had never been this close to lava before.  As a kid, I would only go to the observatory.  It was spectacular and totally worth the hike.

But…we had another 4.5 miles to hike back.  At night.  In the dark.  The last mile back was one of the longest of my life thus far.  We arrived back at the car around 10pm – 5 hours after we started our journey.  It’s hard to say if riding a bike over rocks would have been a better option.  I say that because I saw a lot of people walking their bikes they brought or rented.  We still had over an hour to drive back to Kailua-Kona that night.  It was a tiring trip but it was an experience we’ll remember forever! 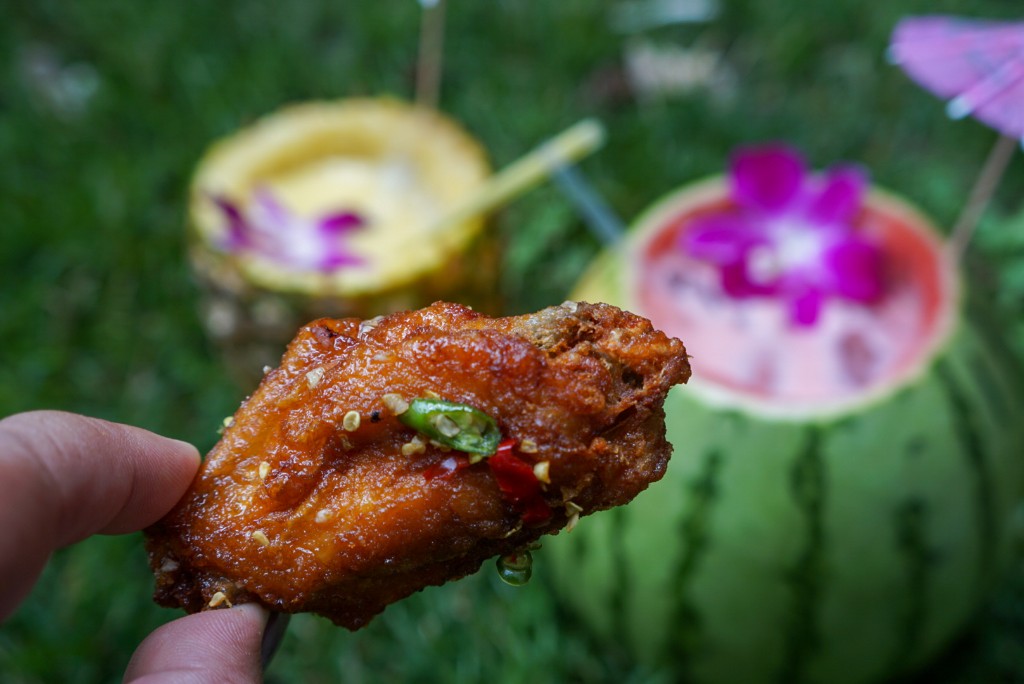 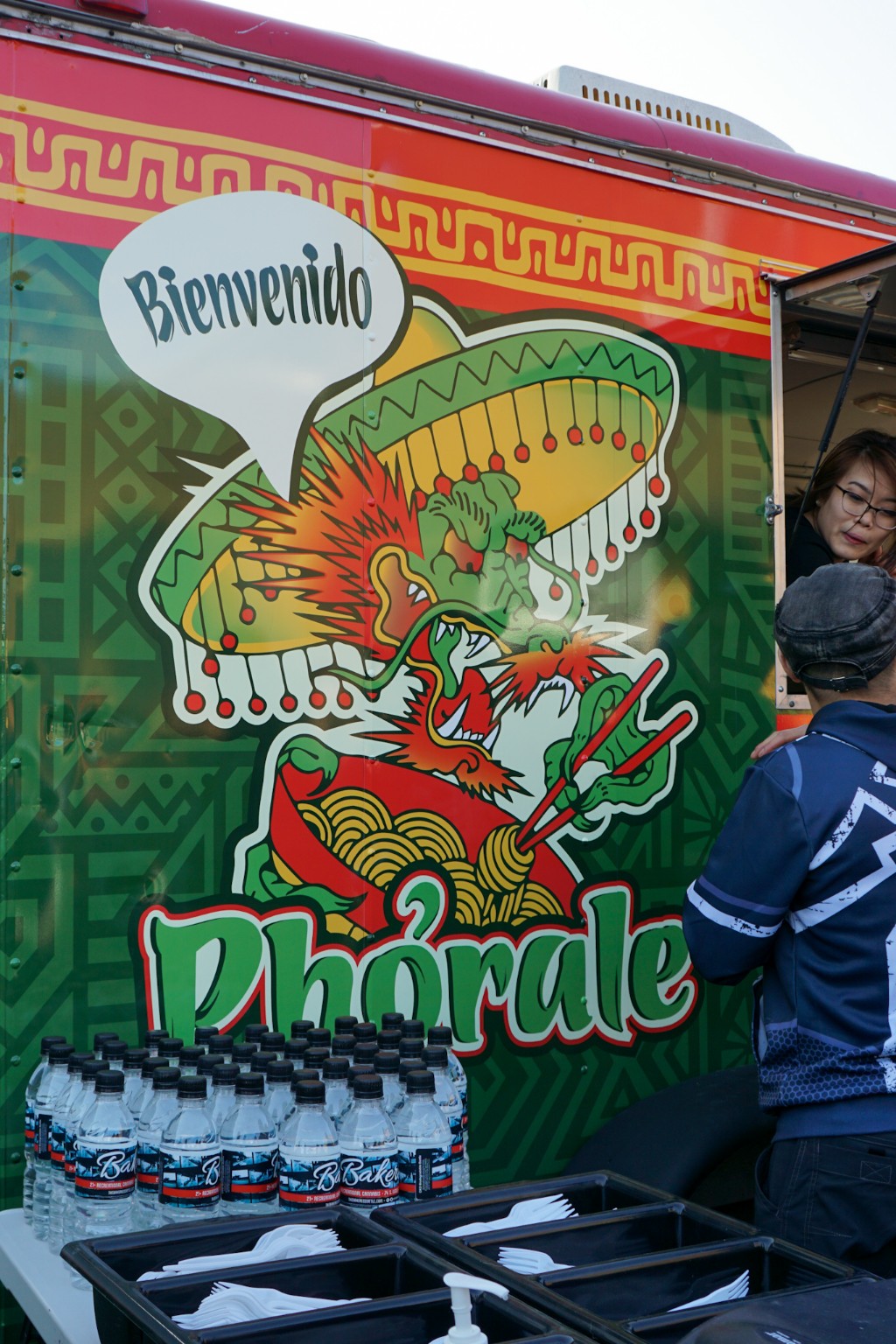 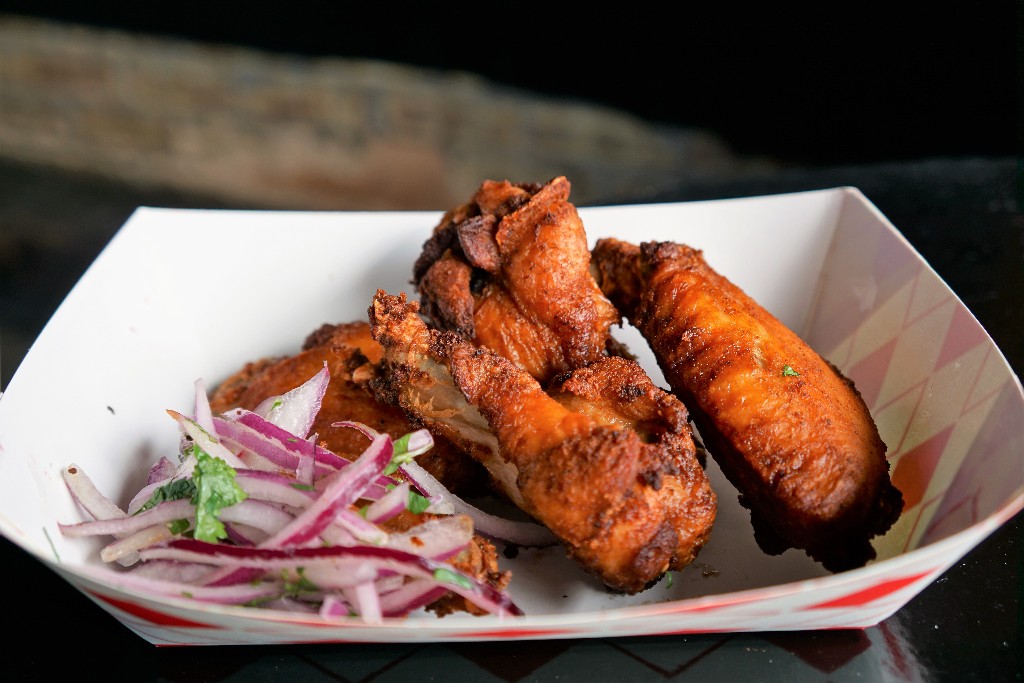 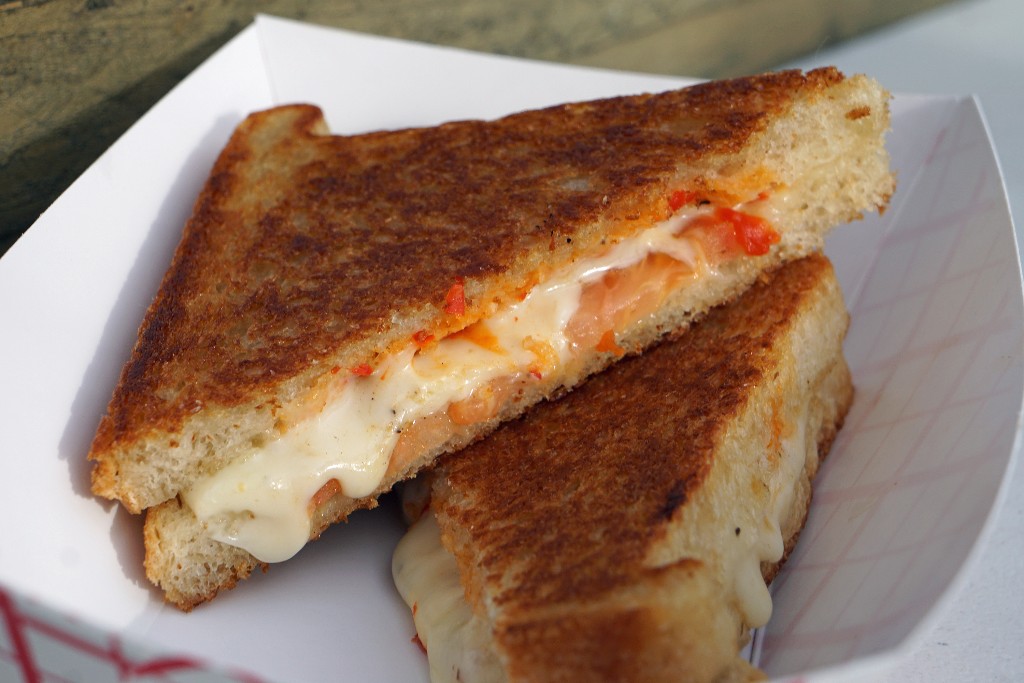